Structure and bodies of FONAP

The Forum for Sustainable Palm Oil (FONAP) is an alliance of companies, non-governmental organisations, associations and the German Federal Ministry of Food and Agriculture (BMEL). It was established in September 2013, stemming from an initiative of the companies Henkel, Rewe and Unilever and the non-governmental organisation WWF. In November 2015 the Forum for Sustainable Palm Oil became an officially registered association. It receives financial backing from BMEL through FNR (Fachagentur für Nachwachsende Rohstoffe, Germany’s central coordinating agency in the field of renewable resources). FONAP currently has 51 members and supporters, including small, medium-sized and multinational companies from various palm oil processing sectors.

All the Forum’s activities are decided by the members. Working groups made up of honorary representatives of the members support the work of the Forum and advise the Steering Committee. There are currently five groups working on a variety of issues relating to sustainable palm oil: the communication working group, a working group on derivative-related issues, a group that is looking at way of improving the certification schemes, a group that monitors and reviews the FONAP commitment and a working group that is discussing proposals for a concrete project in the producer countries.

GIZ (Deutsche Gesellschaft für Internationale Zusammenarbeit) hosts the Forum’s secretariat, which assists the Steering Committee and the members in implementing decisions and advises on all issues relating to sustainable palm oil. 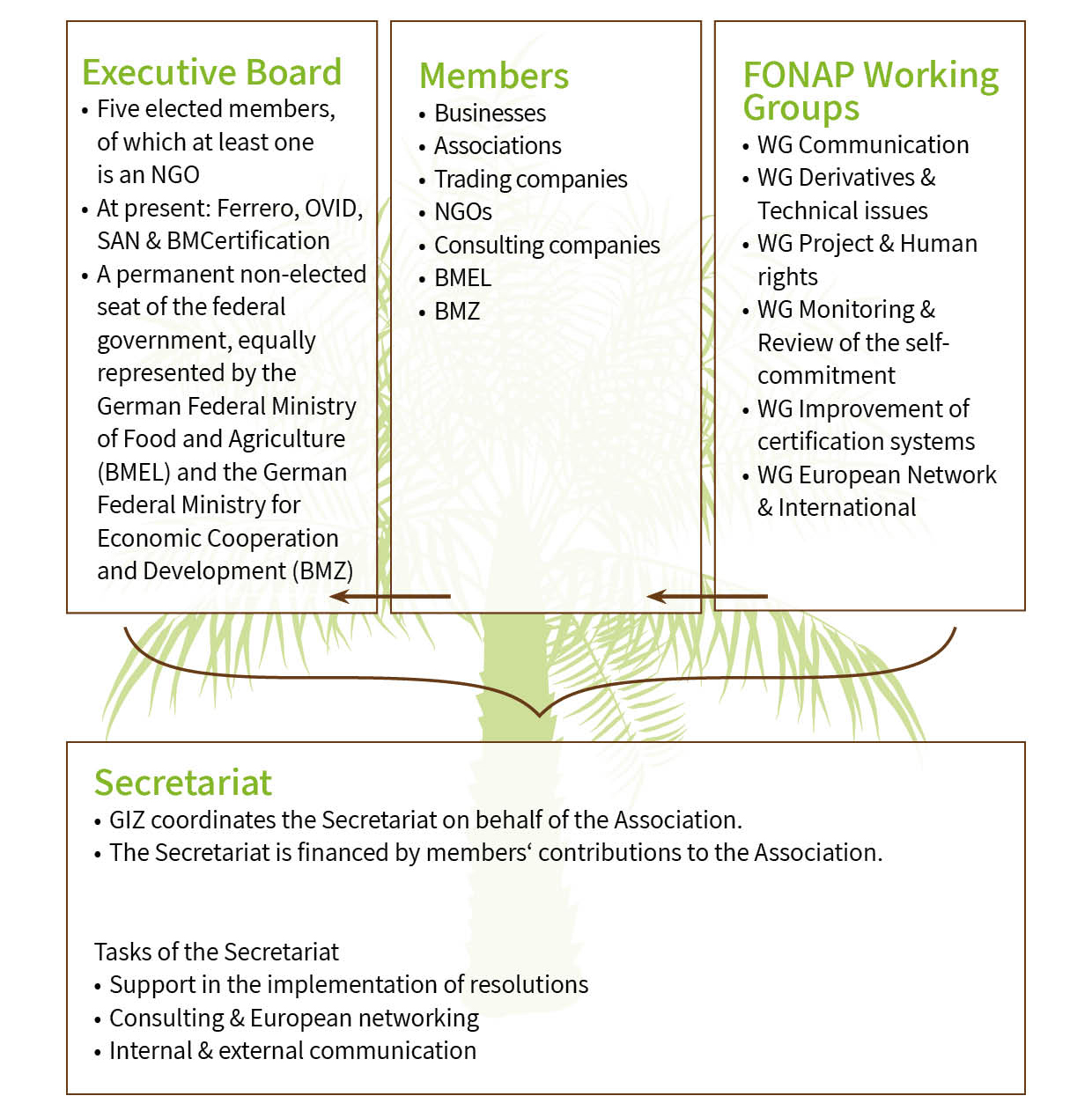